A question of balance

"Sitting in an office all day blamed for 1 in 9 deaths."

"Sitting down for at least six hours a day results in tens of thousands of people dying every year and costs the NHS £700 million annually, analysis concludes. Office workers must be encouraged to stand up every hour and spend their free time walking to make up for the effects of long days behind a desk, researchers said.” 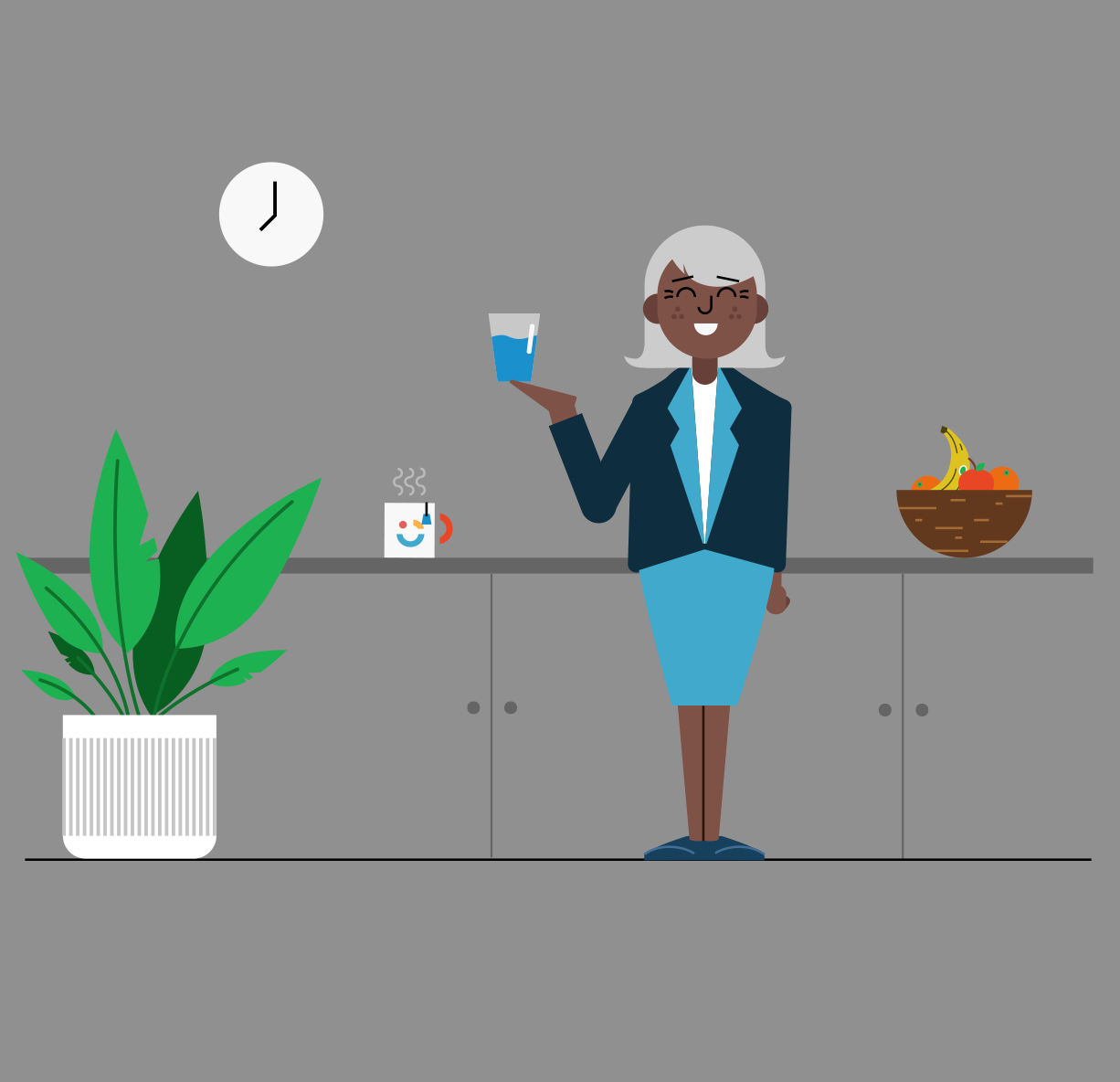 With social media feeds full of likes, loves and angry face emojis, it can often feel difficult to take a balanced view. Everyone seems to be furiously opposed to or deeply in favour of the issue of the day; moving on to express their deeply held point of view about the next pressing topic within the hour – spouting strong opinions at a rate of knots. Quietly weighing up the pros and cons of a problem has become deeply out of fashion. Even social media itself is either essential for a vibrant social life or the cause of teenage loneliness and anxiety. We are exposed to so many opinions, it’s hard to know what to think.

There is constant dispute around the prevailing health and wellbeing advice too. There’s so much conflicting evidence flying around it’s impossible to know who to believe. High carb or low carb? Butter or olive oil? Avocado is all over Instagram and all over our toast – in a year’s time, it will probably just be all over. Coffee can cause anxiety or it can fight type 2 diabetes. Nuts are packed with nutrients, but full of fat.

Part of the problem is that we tend to respond to warnings of danger or promises of something awesome, hence “superfoods”, which are essentially just a marketing term. A balanced diet just doesn’t shift product. “Expert” advice is often based on touting their latest book/TV programme diet and even neutral, scientific evidence can be easily misrepresented by headline writers. It’s all so confusing, the temptation is to think that if the experts can’t agree on what’s good or bad, then it doesn’t matter what you eat.

One would think that the debate around exercise would be less confusing – as a general rule, we should all move more, right? However, those of us who have been shining our haloes for having achieved our 10,000 steps a day need to put the polish away. As Public Health England advises that steps alone are not enough – we need to be doing strengthening and balance exercise as well. And before you sign up for your next marathon, hang on. Too much exercise can be bad for you – resulting in Leaky Gut Syndrome, weakened bones and abnormal heart rhythms. It’s enough to make you head for a lie down.

At Welbot we have been particularly interested in the ongoing debate around standing desks. Everyone at Apple HQ gets one with the CEO, Tim Cook, citing doctors who have claimed that “sitting is the new cancer”; which at least makes a change from “sitting is the new smoking” or “cauliflower is the new kale”. No one would deny that sitting down all day isn’t good – for fitness, energy levels or posture, but is a standing desk really the panacea? Let’s look at the evidence.

Research from Australia’s Curtin University believes standing desks aren’t such great news. Its study found that “prolonged standing may have health and productivity impacts” with workers using standing desks reporting physical symptoms like muscle fatigue and lower limb swelling, alongside “deteriorated” mental states. Although to be fair, it was a very small study. But then what to make of this conflicting study, which claims that the longer you sit, the more at risk you are of heart attack and stroke? And studies aside, there is the age-old connection between sitting and standing for long periods and varicose veins which, let’s be honest, is never a good look.

The fact is that standing desks might be a great solution for some people, but it’s a pretty high investment. And if you go for a best-of-both-worlds solution, a desk that is adjustable for both sitting and standing positions, the outlay is even higher. Wouldn’t it be simpler to just get up and move around a bit, make sure you take regular breaks to stretch and maybe try the occasional standing meeting or phone call? We think so.

However, whilst the experts might disagree on the pros and cons of the latest fads, really don’t we all know the answer? Eat more fruit and veg, limit processed foods, keep hydrated, make sure you take breaks and stretch at your desk, and generally move more. At Welbot we believe wellbeing should be part of your everyday activity at work and even though “everything in moderation” might not be the sexiest solution it’s certainly the most effective.

Find out more about how Welbot can help wellness at work become part of your employee retention and engagement strategy.

People are an organisation’s killer asset and, like any asset, we want to protect it, right? Despite what financial experts would have us believe, asset protection needn’t be complicated...

According to analysts from Goldman Sachs and the IMF the world economy is gathering pace. The global growth forecast is steadily rising and labour markets are getting stronger...