According to analysts from Goldman Sachs and the IMF the world economy is gathering pace. The global growth forecast is steadily rising and labour markets are getting stronger. After what feels like endless years of doom and gloom, the outlook is positive.

Yet the view at the coalface is maybe not quite so upbeat. For a start, it takes a while for the reality to catch up with the predictions. And while employers in the UK are worrying about the impact of Brexit, in the US, economic and regulatory uncertainty dominates any wider discussion of the predicted recovery. Added to that, the ADP Research Institute RI Survey reveals that the increasing costs of health coverage and other benefits is the top concern of US mid-sized companies.

Whilst the country-specific context may be different, the desired outcome is the same: no one wants their employees to be absent through sickness. Or present, but not firing on all cylinders. So, why wouldn’t you do everything you can to support your employees’ mental and physical health. After all, healthy people equals healthy profits. That’s the bottom line. 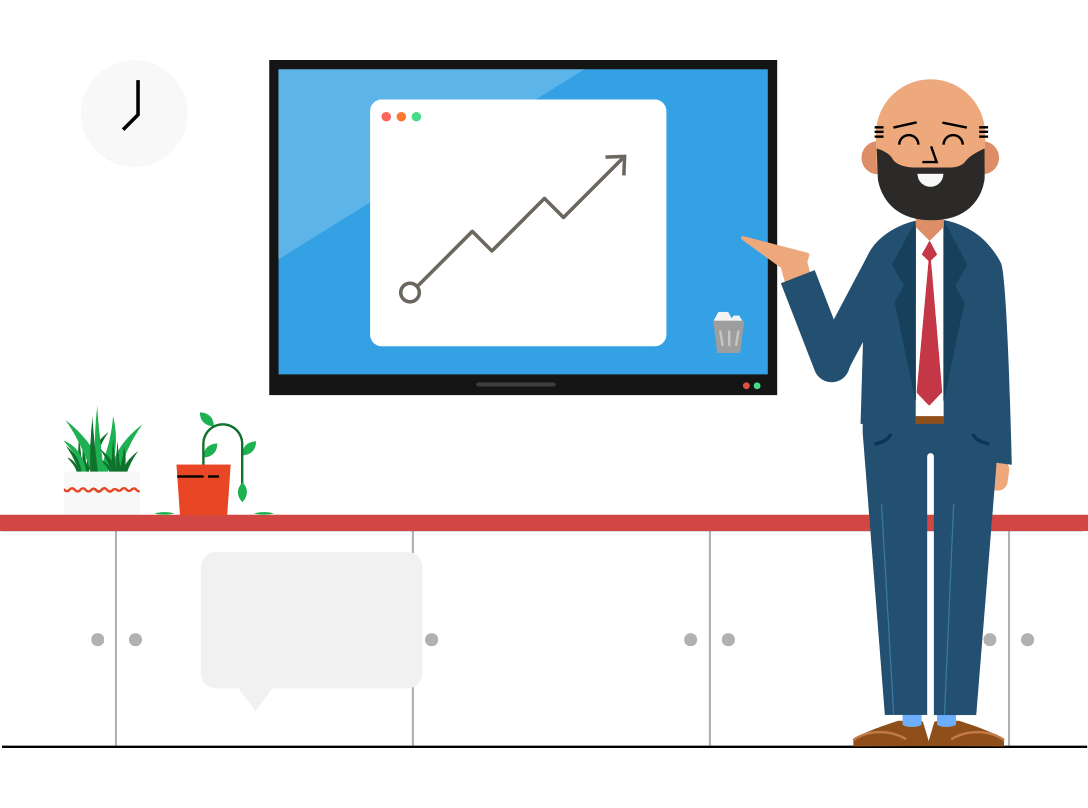 Let us count the ways…

According to PwC research carried out in 2013 workplace absence is costing UK business nearly £29bn a year in lost productivity or additional staffing costs. That is part of an increasing trend that has seen workplace absence increase year-on-year since 2011. Given that, according to NICE, physically active workers take 27 fewer days off work, that’s a pretty good reason for supporting your staff to get healthy. And those nice folks at PwC, who know a lot about this stuff, have found many examples of how wellness programmes are impacting the bottom line with reduced sickness absence being evident in 82% of the wellness programmes they looked at. You can read more about that here.

Every workplace is vulnerable to potential injuries or accidents. If someone hurts themselves at work, there is the obvious expense of sickness absence, but also potential liability costs and the knock-on effect on team morale and motivation. The PwC research we mentioned earlier showed that 29% of the workplace health programmes they studied demonstrated reduced accidents and injuries. A great example is British Gas, which introduced back care workshops for employees in physically demanding jobs and saw a 43% reduction in back-pain-related absence as a result. That’s the equivalent of £1,660 per workshop participant or, to put it another way, a £31 return on every £1 invested in the workshops. Take that to the bank.

You’ve got great staff? Then you want to keep them. Not just because it’s nice to have familiar and trusted faces greeting you when you turn up to work, but also because it saves a shed load of money. Findings from a national study by Oxford Economics found that, on average, each member of staff that leaves costs an employer £30,614 to replace. This is made up of direct recruitment costs (advertising, headhunters, agency fees, etc) and also because of the lag in productivity before a new colleague gets up to speed. Brain drain has some serious cost implications.

Whilst it might seem as though looking after employee health is all about reducing possible negative impact on the bottom line, it’s also about having a positive one. We’ve talked before about how wellness can improve employee engagement (so you’re all experts now, right?) and research prepared for the UK government proves how that shows up on the balance sheet. It found that companies with a highly engaged workforce experience a 19.2 percent growth in operating income over a 12-month period.

We need to talk about presenteeism

There’s no question that presenteeism is difficult to define and even more difficult to tackle. What we’re talking about here is not the kind of presenteeism that means people are staying at their desks longer than necessary in an effort to show how hard they are working – although that’s not great either. It’s when people are coming into work and are either not fully engaged or performing at lower levels as a result of ill health. Both of which mean reduced productivity.

The Centre for Mental Health in the UK has calculated that presenteeism from mental ill health alone costs the UK economy £15.1 billion per annum, while absenteeism costs (just!) £8.4 billion. And remember, people who are coming into work (perhaps because they’re worried about job security) when they’re not well enough are more likely to eventually go off on long-term sick. Whatever way you look at it, presenteeism is a massive cost, so managing it will not only have an impact on the bottom line, but help build a more engaged and productive workforce.

Show me the money

So, a healthy workforce means happy shareholders. It is something that enlightened business people have known since the beginning of the industrial age – the likes of Cadbury and Lever Brothers built model towns for their workforces not just out of philanthropy, but because they instinctively knew it would safeguard profits.

And there is hard data to back their instinct up. A recent review of workplace studies showed that the direct financial benefits from workplace health range from £2 return on every £1 spent (and doubling your money is not to be sneezed at in these days of low interest rates) to a startling £34 return for every £1 of outlay.

As a result of its research, PwC concluded that investment in a workplace wellness programme will typically show a positive financial return within two to three years (and sooner with more targeted initiatives), so the ROI can be both big and quick. Which is good news whichever way you look at it.

Find out more about how Welbot can help wellness at work become part of your employee retention and engagement strategy.

People are an organisation’s killer asset and, like any asset, we want to protect it, right? Despite what financial experts would have us believe, asset protection needn’t be complicated...

According to analysts from Goldman Sachs and the IMF the world economy is gathering pace. The global growth forecast is steadily rising and labour markets are getting stronger...